There are a variety of weapons at a Slayers' disposal in the world of Dauntless.

Each weapon can be imbued with Aether to enhance their power in various ways. You can also infuse your strikes with elemental abilities to even the odds against the Behemoths of the Shattered Isles.

Each type of weapon is able to deal different types of damage to Behemoths and their body parts. Ensuring your hunting party has a good balance of each damage type is ideal for safely dishing out the most amount of damage while simultaneously securing the desired break-offs.

For an extensive list of each weapon and their statistics, view their respective pages.

Every weapon belongs to one of three attack types, each of these types boast pros and cons to their capabilities in battle. 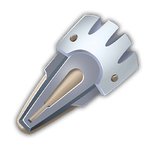 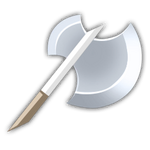 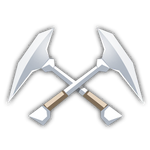 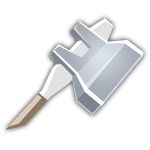 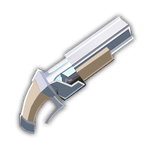 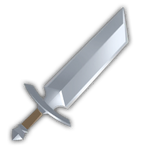 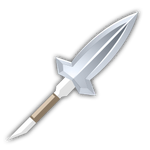 Each weapon in Dauntless has an associated Weapon Skill that increases with Weapon Skill XP. Weapon Skill XP can be earned from slaying Behemoths, completing island random events, and completing Bounties. Each level to your weapon skill adds +20 Power and +20 Resistance when using a weapon of that type.

All weapons fall into a certain Weapon Tier, which determines their power, perk value, elemental bonuses, and sometimes their unique effect as well. The table below shows what bonuses each tier will give.

Each weapon will start at Tier 1 through 5 except Recruit weapons & the Training Sword, which are permanently Tier 0. When a weapon is Power Surged, the weapon will jump directly to Tier 6. Additionally, most weapons will get a stronger Unique Effect when power surged.

Weapons crafted from the reagents of elementally-charged Behemoths will retain that elemental property. This makes them exceptionally strong against a Behemoth of an opposing element type and slightly weaker against Behemoths of the same element.

Exotic weapons are unique variants of weapon types that alter the special ability of a weapon. They generally require an extensive list of materials to craft and upgrade, but offer a slightly different way of using or playing the weapon.