Slayer Links is a social feature in Dauntless that lets Slayers link with friends to unlock various rewards when hunting together. It is the only way to unlock the Crown of Friendship head accessory. Slayer Links was released on September 3, 2020 with Patch 1.3.6. 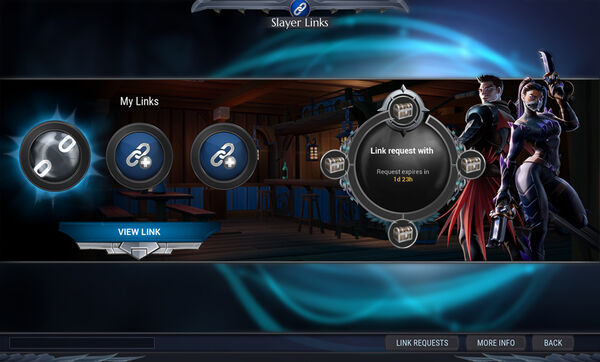 Forge a link with any Slayer in your friends list by navigating to the Social menu, selecting Slayer Links, and inviting a friend to link. Each Slayer can have 3 active links at any given time, and each link lasts for 7 days. During these 7 days, all Hunt Pass XP earned while hunting in a party together will progress the Slayer Link toward rewards.

There are 4 possible rewards that can be earned, each represented as a chest. The progress bar will move around the circle as Hunt Pass XP is earned. The XP needed to reach each chest is shown in the table below.

When a chest is reached, a reward is unlocked from the displayed reward pool. However, the reward(s) remain hidden until the end of the 7-day period. The reward pool changes each time a new link is formed.

Once a link is formed, it can be broken if no Hunt Pass XP has been earned on that link. However, once a link has earned XP, it cannot be broken until the 7-day period is complete. 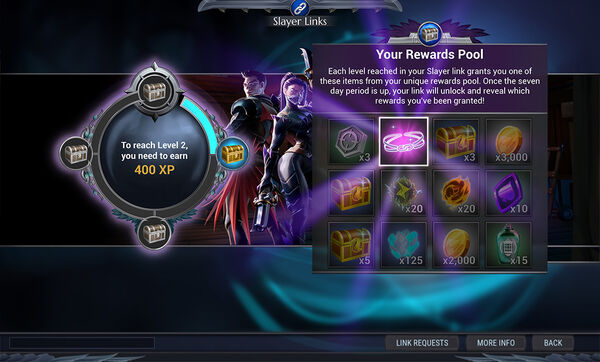