Skraev is one of the Behemoths in Dauntless. There are 4 versions of Skraevs throughout The Shattered Isles. 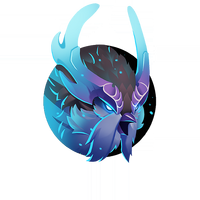 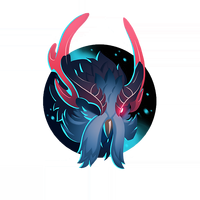 "The Skraev might look like it's just an icy version of its relative, the Shrike, and they do have some shared tactics."

A possible relative of the Shrike—although biological evolution is very difficult to quantify with Behemoths, even for the watchers of the Orrery—the fairly commonplace Skraev thrives on frost aether and all things cold. Most scholars believe the Skraev descend from Shrikes trapped on frozen islands—perhaps during the sudden chill of Frostfall—who absorbed and were transformed by the aetheric energy of these colder climes. Assuming this is correct, the first Skraevs would have consumed all the frost they could find, and eventually been forced to spread across the Shattered Isles to seek more of their favourite frequency of aether.

In the same way Shrikes use their powerful wings to whip up cyclones and punishing wind storms of neutral aether, the Skraev can stir the ambient frost in their environment with naturally occurring snow and ice to cut a swath of ice through a team of Slayers. Like the Pangar, they can also flash-freeze any prey (or Slayers) who are unlucky enough to be caught in a direct hit.

Like Shrikes, Skraevs are not good long-range flyers, but they can manage short hops from isle to isle. Therefore Skraevs can be found across a wide range of environments one might not expect. When found in inexplicably hot or dry environments, however, odds are good that Skraev is just passing through.

-A Skraev can whip up an aetheric blizzard with ease, but only if the ram-like horns on its head are intact. These horns may actually be organs that help them channel frost aether, since breaking them off prevents those blizzards.

-Skraev will attempt to freeze Slayers any way they can, but especially with ranged attacks that hurl nearly impossible waves of cold. If frozen, Slayers can attempt to break free, or an ally can do it much more easily with a swing of their weapon.

Skraevs can be found on the following Islands.