Riftstalker is one of the Behemoths in Dauntless. There are 2 versions of Riftstalkers throughout The Shattered Isles. 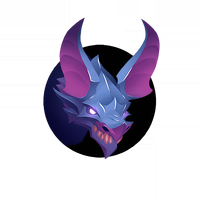 "Slayers I’ve run into at the Broken Blade say the worst thing about fighting a Riftstalker is something they call the 'murder palace.”

The Riftstalker is an umbral Behemoth that blends cat, bat, and living darkness into a predator that swims between dimensions to hunt the purest aether. Effortlessly bounding through swirling portals into the Umbral Void, Riftstalkers can seem to be everywhere on the battlefield at once. The corrosive energy they bring with them from the other side contaminates everything they touch.

The first Riftstalkers seen in the Shattered Isles were rumoured to have been pulled from the Umbral Void by the Unseen cult. And once they found a way through, they could do it again. Are they creations of the pre-Upheaval ancients, newly emergent hybrids, or something entirely new? Not even Dr. Priyani knows for sure. But the Orrery has declared they are Behemoths, physiologically. This means somewhere in the past human beings made Riftstalkers—or they made some proto-stalker that would become the Riftstalker after centuries stranded in the Umbral Void.

As the name implies, the Riftstalker doesn't just move through rifts. It uses these wounds in the wall between worlds to hunt, dragging threats into an umbral zone—the pocket of the Umbral Void it calls home. Umbral zones are death traps, colloquially known to many Slayers as "murder palaces", unsettling prisons of dark geometry and umbral ooze. Only by knocking the Riftstalker senseless can Slayers break out of the zone before the Riftstalker renews the chase and trap their quarry in a terror more.

After all, if there is one universal truth in any dimension —even the Umbral Void— it is that a cat always enjoys tormenting its prey.

—Riftstalkers enter our realm from the Umbral Void in an aether-charged state from the start. Interrupt them to end that state—and portal-based attacks.

—Each time a Riftstalker is interrupted in its umbral zone, it will try a new pattern of attack during subsequent visits.

—With careful timing a Slayer can interrupt a Riftstalker when it emerges from a portal.

Riftstalkers can be found on the following Islands.