Ramsgate is a location in Dauntless.

Ramsgate is a city-island in the world of Dauntless amongst The Shattered Isles. Ramsgate is the social center where you meet fellow slayers, enhance and craft gear, select missions, and interact with other slayers. It's a living, breathing place that you'll love spending time in.[1]

It isn’t the best place for a city; rugged mountains, fierce winds, and rain more often than not. But it is home. Ramsgate is the furthest settlement and best endeavor to make a beachhead into behemoth territory. The only way to win this fight is to take it to the behemoths.

Artisans, merchants, and warriors from all over the Shattered Isles came to Ramsgate, not because it would be easy, but because they knew they could make a difference. Here is where the war would be won. Many cut their teeth in the wilderness, exploring uncharted islands, fighting behemoths, and retrieving valuable goods and materials from their forays. Many never make it back, but those that do bring back hope.

Ramsgate stands as a symbol to the rest of the Shattered Islands. It is pioneering, it is bravery, it is strength. It is home.

The raucous sound of celebration booms inside the Ramsgate Tavern. Everyone is cheering and raising glasses to the slayers who bagged a behemoth that had claimed the lives of a sky ship crew. The heroes tell their tale of their hunt; tracking the beast, narrowly dodging death at every turn, and going in for the kill.

A slayer stabs a long, savage fang like a dagger into the table, roaring in triumph. The tavern explodes in cheers and a fresh round of drinks. The hunt isn’t over – not by a long shot – but tonight, the city is safe and their friends have been avenged. 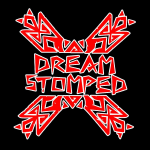