Nayzaga is one of the Behemoths in Dauntless. There are 4 versions of Nayzagas throughout The Shattered Isles. 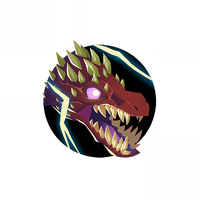 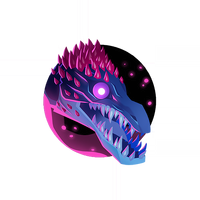 "Now here's a shocker—you’ve got a Nayzaga on the menu. Sorry, bad joke. But can you blame me for wanting to lighten the mood? There’s nothing about this beast that isn't mean and nasty."

The spiny, nightmarish Nayzaga appears to share some building blocks with the Quillshot—especially the razor share archonite spines—and a species of extinct river reptiles called crocodiles. But where the Quillshot is known to hurl its spines as projectiles, Nayzagas plant their spines in the ground. There they become perfect conduits for shock aether, gathering ambient energy into paralyzing spheres of ball lightning. The Nayzaga itself is vulnerable to these spheres if a Slayer can deflect them toward the Behemoth, but caution is advised when attacking four-pronged towers of lightning spines—the backlash can be literally shocking to the unprepared.

Nayzagas are effective diggers and will swiftly tear their way into the earth to escape harm if cornered. In a tale of one memorable hunt that Kat always shares with rookies soon to face their first Nayzaga, one of the beasts was so eager to escape her sword that it burrowed clean through the island and ended up plummeting into the Sky Below. Privately she’s admitted to Dr. Priyani that no such thing ever happened—she wouldn't want the Behemoth expert to start forming faulty theories based on a story she told rookies to charge them up for the hunt, so to speak.

-A Nayzaga's sphere lightning can be deflected toward Nayzaga, but also back toward a the four-pronged lightning towers to deal with them at range.

-Deflected lightning can also disable the shields on lightning towers.

-When they become aether-charged Nayzagas will build a "super-tower" that's connected to the Nayzaga through the aetheric spectrum. Destroy this tower to stun the Behemoth and cause a lengthy stagger.

-The Nayzaga’s physical attacks will shock Slayers when it is aether charged.

Nayzagas can be found on the following Islands.