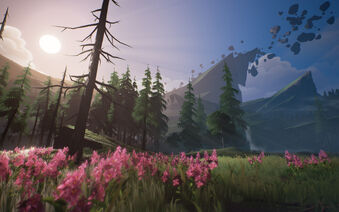 The world of Dauntless is replete with interesting and varied locations.

The Shattered Isles are the assorted land ranges floating after The Upheaval. 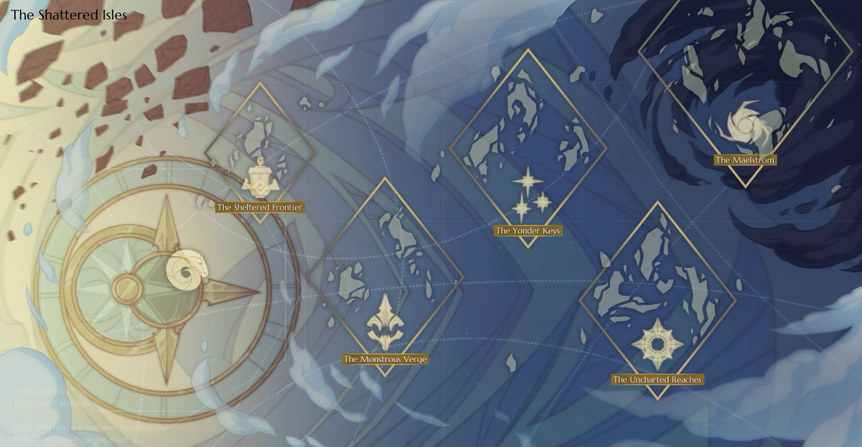 As the skies of the Shattered Isles shift, so do its islands, moving and orbiting around each other. A place that’s just a short airship ride away today may be gone for years tomorrow. With each passing day comes the possibility of new discovery. Wilderness never touched by man, precious resources, and unimaginable adventure await – but only if your charts are true, and you have a talented Wayfinder to follow the course…

Behemoths themselves are not a new threat. Slayers have stood as the bulwark against their encroachment and savage attacks for generations, passing down a proud legacy of service and protection. But now it seems that that expansion into the frontier has been met with stronger, more ferocious monsters. Whole settlements and the islands on which they rested have been destroyed by these creatures and their all-consuming hunger for the aether.

Ramsgate will be the first true line of defense between these powerful new behemoths and the people of the Shattered Isles. With courage, skill, strategy, and more than a little luck, it won’t also be the last.