Koshai is one of the Behemoths in Dauntless. There are 4 versions of Koshais throughout The Shattered Isles. 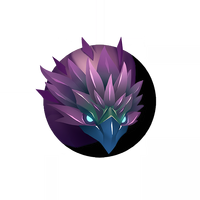 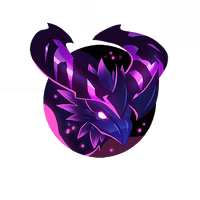 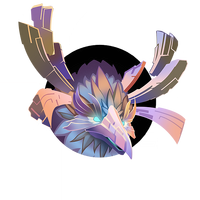 ”You're looking at a Koshai, cap. Or the Sovereign of Thorns, if you ask Admiral Zai."

Every Behemoth has the potential to devastate settlements, spread chaos across the frontier, and kill the Slayers pursuing it. Any Slayer worth their archonite knows that taking a hunt for granted is a recipe for a painful demise. But few Behemoths can more effectively wield the power of terra aether more effectively than the mighty Koshai, Sovereign of Thorns.

A relatively new Behemoth to the skies over Ramsgate, the Koshai is believed to have first emerged in the hinterlands of Ostian territory. Ostian Slayers and military officers alike told of massive beasts that rode churning terra-infused aether storms out of the Maelstrom and into populated regions. Admiral Janek Zai lost his command chasing a Koshai when a storm surge—assisted, he has always believed, by the Behemoth itself—send a wall of rock slamming into his ironclad airship. Forced to crash-land in Ramsgate, the Ostian admiral swore to stay in the city and aid its Slayers until the Koshai threat was dealt with. He’s still there to this day.

Unlike most every other Behemoth known to science, the Koshai's body really does seem to be composed of at least fifty percent plant matter. When it loses a limb in a fight, a Koshai will grow a replacement almost instantly from the vines and branches that make up parts of its own body. How the Koshai came to be such a bizarre hybrid of two distinct kingdoms of biological life is a puzzle that Dr. Priyani and the School of Behemoth Studies will likely working out for years to come. Assuming, of course, it is a recent evolutionary emergence and not a rare Behemoth species that had been hibernating en masse for a thousand years.

-Destroy the vine pods at the center of a Koshai’s thorn fields to quickly bring down the surrounding thorns.

-Broken thorn fields will regenerate quickly if central vine pod is not destroyed.

-However, breaking the Koshai’s horns also severs the terra—fueled connection to its pods—instantly destroying all thorns on the field.

-A Koshai can be interrupted during its leap attack and when it is spawning its pod-bombs.

-When enraged, a Koshai calls forth an terra storm that protects the Behemoth from attack and forces Slayers to move through without regenerating stamina. Dissipate the storm by staggering the Koshai or by buffeting the storm itself with ranged attacks.

Koshais can be found on the following Islands.