Dauntless Wiki
Register
Don't have an account?
Sign In
Advertisement
in: Under Construction, Pages with broken file links, Hunts

Edit
This article is under construction. Information on this page may be missing or incomplete. 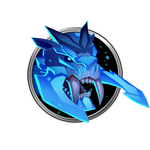 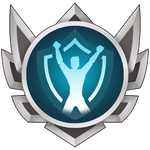 Urska is the Escalation Boss for

The Urska weapons use a Bond instead of a Unique Effect and have a Legendary ability.

"The permafrost has begun to melt, revealing fragments of an ancient past ... and awakening something deep in the ice. Battle through Skaldeskar's frostbitten lands with the aid of its warrior queen, Linnea Silver, and seek out the Adversary of Vylmark: the bloodthirsty Urska."

Legendary Ability: Create a Frost Shield that blocks hostile projectiles for 6 seconds. Damages and chills Behemoths that contact it (can interrupt). Resets on Behemoth kill or after 3.5 minutes.

Progressing through a talent tree will unlock permanent rewards that can be claimed when the required level is reached.

Frost Escalations feature a number of unique mechanics that no other escalation does, these are based around the core frostbite mechanics, and ways to buff Slayers and allow them to manage it.

In addition to the standard loss condition, health hitting zero,

Frost Escalations include a secondary loss condition; Frostbite. This is a meter found in the top left of the screen next to the health bar that, when full, will freeze a player solid. Slayers frozen like this cannot be broken out by attacks from allies or repeated button presses as in the standard frozen effect. Instead their Frostbite meter will need to be reduced to 75% or less for them to unfreeze. If all members of a hunting party are frozen like this or downed then the hunt will end.

Frostbite is accumulated any time that a slayer is away from a warming Brazier and cleared by a moderate amount whenever a player enters the area of effect of a Brazier for the first time, or when a Behemoth is slain. In addition, the Avatars and Boons provide additional sources of Frostbite reduction based on play style. Frostbite accumulation increases with each subsequent round, reaching its peak in Urska's lair.

Four Avatars are available to slayers at the beginning of a

Frost Escalation. Each Slayer can only take one and each Avatar can only be taken once, so team coordination can be beneficial to maximise the benefit of them. Each Avatar has a corresponding Boon which will share naming and language elements, and has an Amp to upgrade it in the Amp pool for each boon except the corresponding Boon. For example, the Avatar of Control is additional enhanced by the Aspect of the Defender talent and also Boon of the Defender Amps that upgrade Avatars are something Control.

Boons are randomly chosen modifiers on each round, one will always be chosen and they will provide a means to reduce frostbite as well as either a defensive or offensive boon to the Slayers. Boons also determine the Amp pool that the slayers will be able to pick from when the round is completed. Boons can repeat in the same escalation, including repeating consecutively.

Amp pools are handled differently in Frost Escalations to other Escalations, with each being tied to the boon that the Slayers received in the previous round. Due to this, four separate Amp pools exist and do not overlap, in contrast to the single pool of other escalations. Each contains three or four standard Amps, one Amp that can be taken an unlimited number of times, three Amps that enhance different avatars and potentially some that require low number of core consumables in order to appear. Due to the limited pool these can be depleted and Slayers can be offered less Amps than it is possible for them to be shown, especially after the 4th Amp unlock. This is why the repeatable Amp exists to always allow players at least one option. All Amps are at full power from the beginning and no Talent Tree unlocks directly improve them.

Boon of the Defender Amps[]

These Amps are available after Boon of the Defender round, if their specific requirements are met.

Boon of the Mender Amps[]

These Amps are available after Boon of the Mender round, if their specific requirements are met.

Boon of the Scout Amps[]

These Amps are available after Boon of the Scout round, if their specific requirements are met.

Boon of the Warrior Amps[]

These Amps are available after Boon of the Warrior round, if their specific requirements are met.