Embermane is one of the Behemoths in Dauntless. There are 6 versions of Embermanes throughout The Shattered Isles. 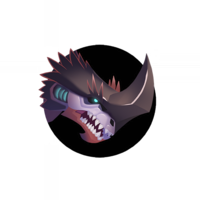 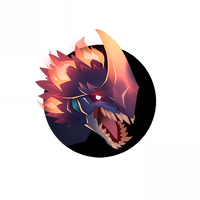 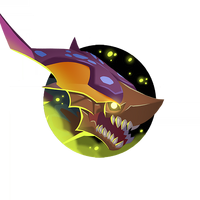 "The Embermane can throw blaze a long way, and will charge at you whenever it has the chance. That's when it's most vulnerable."

The swift, relentless Embermane is one of the quickest Behemoths on four legs. Dr. Priyani believes they have the fastest metabolism of any known Behemoth, with an innate genetic connection to blaze aether in all its forms. They are able to blast the landscape before them with fiery breath summoned from their aetheric cores and launch meteoric spheres of blaze energy in deadly arcs at very long range.

And while their swift, muscular forms can cover the ground several metres at a time, Embermanes needn’t rely on simple physics when they can swim in the aetheric spectrum. They will instinctively shift their bodies entirely to the blaze frequency when threatened or when they simply need to move great distances. In this way they have spread easily from island to island and become one of the most ubiquitous blaze-feeders in the Shattered Isles.

-Stand your ground when an Embermane charges. It movesfast, but will always come to you. Wait for your moment and interrupt it just before it strikes.

-When its horn is broken, the Embermane leaks blaze energy and deals more fire damage.

-If the Embermane doesn't begin a charge after dashing away, prepare for either a wall of rolling flame or bombardment by fireballs of pure blaze. Roll through the fire if you can't get out of the way.

Embermanes can be found on the following Islands.

The following report was collected by Ramsgate Harbourmaster Tressa Froller as part of her biographical studies of Captain Katerin Sorrel.

The scouts had assured us the island was ripe for settlement. Fertile soil, ample lumber and ore, aether vents of rare purity, and no large predators. That last should have been our first clue.

Death From The Shadows

The behemoth struck without warning from the dense forest. I don’t know how something so big moved so swiftly. Before we knew it, Gorj was gone, snapped up in a pair of mighty jaws that cleaved him in two. What I could see of the creature was like an enormous cat, covered in leathery hide with a spiked frill and a single huge horn on its snout. It slipped back into the trees with a roar that shook the air itself and disoriented us all. The behemoth seemed to be everywhere and nowhere all at once.

Delia tried to maneuver away from the sound, but walked right into the beast’s path. It impaled her through the chest in an explosion of blood and fury, tossing her over the edge of the island. If the blow didn’t kill her, the Sky Below did.

The rest of us would’ve soon joined her if not for Kat Sorrel. Kat’s team of slayers arrived just as the behemoth circled back to pounce again. “That’s the biggest Embermane yet!” she called to her team. “You know what to do.” Drawing her sword, she turned to us and said, “Get to safety. We’ll handle this.” But as we fled back to the drop zone, I couldn’t help but wonder if even the famous slayer captain would find this battle too much.

I reached the transport just before takeoff. As we took to the sky, I spared another look back. Kat’s team had the behemoth surrounded, but the beast wasn’t backing down. To my horror, the Embermane erupted with blazing power, opening its maw to roar a blast of flame at Kat herself.

I do not yet know if she survived, but I owe her my life… and a warning to others: beware the fiery wrath of the Embermane.