Drask is one of the Behemoths in Dauntless. There are 4 versions of Drasks throughout The Shattered Isles. 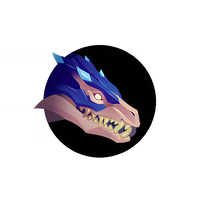 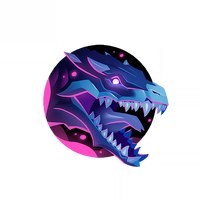 The draconic beasts Slayers call Drasks are powerful reptilian Behemoths seething with the aetheric power of shock—a power they both wield as a weapon and consume as food. A powerfully built quadruped with scaly armoured features, the Drask's thick bone frill serves as both helmet and a battering ram when in close combat. The Drask prefers to consume archonite steeped in shock, but like most Behemoths will consume any aether it can rather than starve.

Nicknamed "lightning lizards" by Kat Sorrel (and therefore by all of the Slayers she's trained) Drasks live up to the name, especially when aether-charged. No matter how far away an target may be, if they're within the arc of the Drask's shock bolt they'll be electrified unless they dodge swiftly—or put something else between them and the Behemoth.

Dr. Priyani believes the Drask may be a "living fossil" Behemoth, one that has remained almost completely unchanged since before the Upheaval. She hypothesizes further that this could indicate Drasks, at least, may have been created by her distant ancestors to be living weapons. Resistant to the rapid evolutionary potential found in most every aetheric life form, Drasks have been studied, and perhaps hunted, more than any other Behemoth known to science.

—The Drask's tail swipe can really ruin a Slayer's day—chop off the Drask's to avoid them. But be careful, breaking the tail gives a Drask the freedom to use its 180-degree slam attack.

—Before launching a volley of shock bolts at a target, the Drask will set its feet for stability. and then power up its attack for a few seconds. Interrupt the Drask at that point or get ready to move before the lightning strikes.

Drasks can be found on the following Islands.

We arrived at the island in the dead of night. Their leader, Willa Garvenne, warned me to keep my distance from their quarry. “Keep your eyes open too and be ready to move, watcher,” she said. “Just because a Drask is far away doesn’t mean it can’t melt your bones while you’re standing around watching.”

“Drasks can melt bones?” I asked in mild horror. “The Orrery has no such reports.”

“Maybe, maybe not,” she replied with a sardonic grin, “but I wouldn’t want to be the one to find out.”

The Behemoth was not hiding from the Slayers. Indeed, it seemed to welcome the challenge with a distinctive roar and a crackling aura of shock aether. Garvenne sent up a flare in response and battle was joined.

The Drask’s heavy hide deflected the Slayers’ initial attacks as talons the size of a man’s arm tore up the earth beneath its feet. The Slayers were careful to avoid the bludgeoning swipes of its heavy tail, sometimes successfully. But while the Slayer team rained down blows on the beast I realized with growing dread that I’d caught its baleful eye. Its glowing maw was the only other warning I had and it wasn’t enough. I threw myself sideways but the lightning bolt caught me in the shoulder and threw me to the edge of the island. It took everything I had to hold on to a tree root and not plummet into the Sky Below.

I hauled myself back to the scene to find the Slayers knew this well. As Garvenne charged her weapon with aether the distinctive patterns of ice encrusting her hammer caused the Drask to recoil - the power of frost aether was anathema to beings driven by shock. The team hit the Drask with cold strike after cold strike, expertly maneuvering away from the massive reptile’s lightning bolts as they wore the Behemoth down.

I allowed myself a small shout of triumph amid the maelstrom of battle. It certainly was rewarding to see one’s theories proven in the field. Especially when one’s life was at stake. The shout died on my lips when I saw the attacks had only enraged the beast further. It roared, its maw crackling with aetheric power, and all at once the air around the Drask - the air in which we all stood - erupted with a literal shock wave which knocked every one of us to the ground.

Garvenne was the first back to her feet. She hefted her hammer and gave a determined half-grin. “All right,” she snarled. “So that’s how it’s going to be.” With one hand she pushed me back to safety and launched herself into the fray once more.

From the Field Report of Watcher Nisha Saray