Charrogg is one of the Behemoths in Dauntless. There are 4 versions of Charroggs throughout The Shattered Isles. 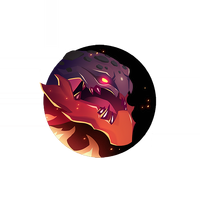 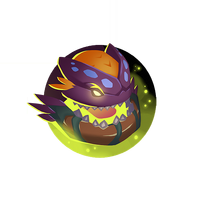 "Charrogg spotted in your vicinity. They’re not quick like their Embermane cousins, but those blaze-eaters are built like Ostian sky—tanks and have the thick armored hide to match."

The mighty Charrogg is one of the sturdiest, toughest, and stubbornest Behemoths in the Shattered Isles. A walking volcanic eruption with anatomy that calls to mind both mythical saurians and common tortoises, this blaze-hungry furnace on legs can melt the very islands on which it stands. Their thick, stout forms, which are always hunkered down to the ground, cannot even be interrupted by the most staggering blow.

Most surprising of all to rookie Slayers facing their first Charrogg, these heaviest of Behemoths can launch themselves into the air on spiraling jets of fire blasted from their own bodies. Produced by aetheric flame sacs situated above each trunk-like limb, these jets cannot keep the Charrogg aloft forever but by the time it returns to earth, any threats have usually been toasted to a crisp.

-The Charrogg uses flame jets when aether charged. Each of the Charrogg's flame jet vents are fed by four flame sacs that can be broken to cut off the fiery blast.

-Breaking a Charrogg’s tail will change its tail sweep attack and make it easier to avoid.

-When the Charrogg cooldown from an enraged state, it belly flops and blasts out a 360-degree ring of blazing fireballs. Breaking flame sacs or the tail will reduce the power of these projectiles.

Charroggs can be found on the following Islands.